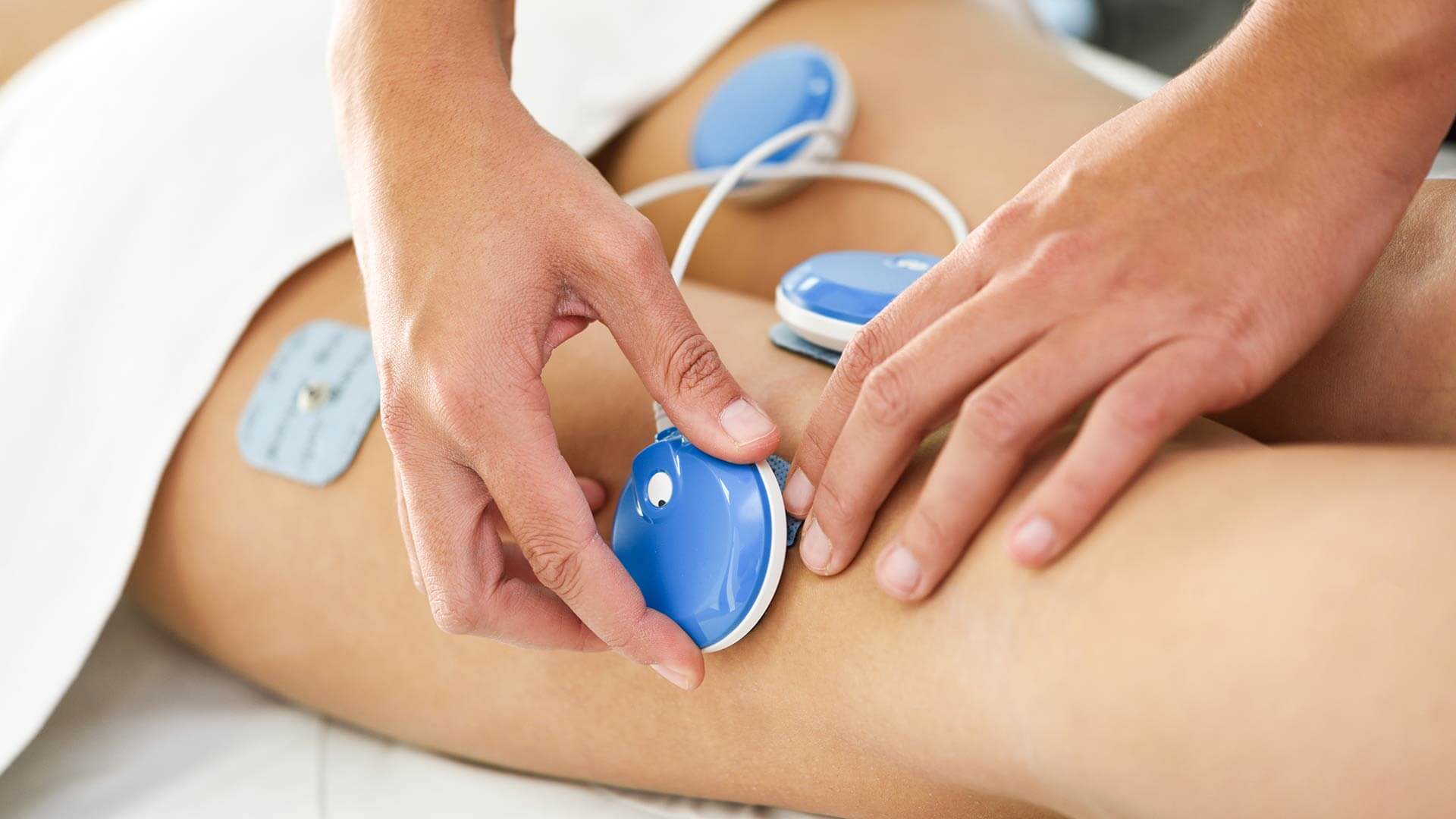 EmSculpt Neo is the first-ever machine that combines two types of body contouring into one 30 minute procedure. It’s scientifically-proven to give you fat burning and muscle building benefits without exercising. Plus, the fat loss is permanent, and the procedure is non-invasive with zero recovery time.

The EmSculpt Neo procedure piggybacks off the already well-established EmSculpt technique, which features electromagnetic energy to induce muscle contractions. Users can expect results to appear in about one to three months after the body goes through a series of natural processes on its own. Here’s everything you need to know about EmSculpt Neo and how it can help you achieve the slim physique you’ve always wanted without spending hours at the gym!

What is EmSculpt Neo?

According to a press release from BTL, the company was founded in 1993 and has grown to become one of the world’s biggest producers of medical and aesthetic equipment. The company has over 1,900 employees in over 58 countries and specializes in products that provide non-invasive solutions for body shaping, skin tightening, and women’s intimate health and wellness.

EmSculpt Neo is the newer version of its predecessor, EmSculpt. It’s the first FDA-cleared procedure that eliminates fat cells non-invasively. EmSculpt Neo works by emitting both high intensity electromagnetic and radio frequency energies at the same time to stimulate deep muscle contraction that is not possible through exercise alone. Users can expect more muscle growth and better fat reduction than any single product on the market for less time and money.

Normally, two different procedures would be needed to treat both muscle and fat. EmSculpt Neo is exciting because it combines both therapies into one single salutation to melt fat while building muscle. This makes EmSculpt Neo more effective and time-saving than other treatments available.

According to Ron Borsheim, VP of Product Development of BTL, there are a lot of customers that can benefit from EmSculpt Neo. He stated that heating the muscles while burning fat at the same time allows for better results than any single standalone treatment, including more fat reduction and better muscle growth. BTL is thrilled with the results from studies conducted on the procedure to date.

John Ferris, Vice President of US Marketing, stated that while clients are in office for treatments, they can expect a quick and efficient procedure that is worth their time. He stated that EmSculpt Neo ensures that the client’s expectations exceed the results as the device provides a two-in-one fat-burning and muscle-building salutation at once.

According to David Goldberg, MD, the EmSculpt Neo procedure is less time consuming and offers more bang for your buck than other body contouring treatments. He stated that EmSculpt Neo takes body contouring to the next level. Dr. Goldberg noted that there is a rapid, measurable, notifiable reduction in fat as well as an increase in muscle mass, and that these changes are better than what we would get by ourselves.

EmSculpt Neo can treat a variety of body types, including up to BMI 35. It can also be used on many body parts, such as the stomach, buttocks, thighs, back, bra area, and arms. EmSculpt Neo has been scientifically proven to work. It uses high intensity magnetic field (HIFEM) technology, which has been studied in over 30 publications since its launch in 2018.

How Does EmSculpt Neo Work?

EmSculpt Neo works by using radio frequency and high intensity magnetic field energies at the same time. The EmSculpt Neo applicator is applied to your desired body area (such as your stomach, legs, butt, etc.) and sends HIFEM and radio frequencies deep into the body, resulting in muscle contractions that cannot be stimulated through exercise alone.

During this energy transfer, the temperature in your muscles heats up quickly by several degrees. This gets your muscles ready for stress, similar to the stress they encounter when you do a warm-up exercise before a workout. After four minutes, the temperature in your subcutaneous fat (the fat just below your skin) induces apoptosis, which occurs when fat cells are permanently damaged and removed from the body slowly. For best results, EmSculpt Neo manufacturers recommend doing four treatments over the course of four weeks.

EmSculpt Neo procedures cause muscle fibers to contract at intensities that cannot be achieved during a workout. This type of extreme stress forces the muscle to increase the number of muscle fibers and cells that it has, which increases muscle growth and volume. During one procedure, users can expect to permanently destroy fat cells and build muscle mass.

EmSculpt Neo is an upgraded version from its predecessor, EmSculpt. It uses radiofrequency heating in addition to high intensity electromagnetic energy to induce fat burning while also building muscle. The EmSculpt is only intended to build muscle. Radiofrequency is a sophisticated form of electricity that causes the tissues to heat up. Heating the tissues causes a certain amount of fat cells to undergo a process of controlled cell death called apoptosis, which causes permanent fat loss in the user undergoing treatment.

According to the company’s website, excess fat cells are destroyed and your body eventually eliminates them through natural processes. Results should begin to appear approximately one month after treatment. However, it may take as long as three months. It should be noted that results may vary from person to person.

What Does Research Say About EmSculpt Neo?

According to a clinical trial published by the American Society For Dermatology Surgery, EmSculpt caused a 25 percent increase in muscle mass and a 30 percent reduction in fat over three months among 40 of the 48 people tested.

According to a 2018 study, non-invasive electro-magnetic (HIFEM) treatments safely and effectively improves the aesthetic appearance of the buttocks without any side effects. The treatments resulted in a significant visual improvement and also increased patient satisfaction and confidence. Authors concluded that the procedure is ideal for patients who want to shape, lift, tone, and tighten the buttocks. Results showed that patients who were initially disappointed with their results saw an 85% improvement in satisfaction after the fourth treatment.

Another study posted in the Journal of Aesthetic and Reconstructive Surgery found that HIFEM procedures are a good alternative to surgery. Authors of the study noted that treatment with HIFEM technology does not cause large volume changes in the body that are typically seen with fat grafting or silicone implants. However, it induces a firm effect, which corrects sagging skin that looks unpleasant and makes the treated area look more lifted and sporty.

Here are some other studies on HIFEM treatment and its effect on health and wellness:

BTl, the creator of the EmSculpt products, is currently sponsoring a clinical trial with 10 participants that evaluates the effect of EmSculpt Neo on women after childbirth. The study should be completed in January of 2020.

What To Expect During An EmSculpt Neo Procedure

The EmSculpt procedure takes approximately 30 minutes. During this time, patients do not feel any pain. The machine’s manufacturer refers to the EmSculpt Neo sensation as being comparable to a hot stone massage. Users will feel intense muscle contractions along with a heating sensation.

Procedures can be scheduled within five to 10 days of each other. Multiple treatments are often needed to get the desired results. However, some people may see results in as little as one treatment. You’ll need to discuss your treatment plan with your healthcare provider to determine the best path for you. Experts state that most patients will see results within three months of their last procedure.

Additionally, there is no downtime associated with the EmSculpt Neo treatments. You can go right back to the rest of your day after your treatment ends. EmSculpt Neo treatments can be used on people with a BMI of up to 35. It should be noted that EmSculpt is NOT designed to help you lose weight. However, you will permanently lose fat cells while building muscle.

As a completely non-invasive procedure, patients can expect no surgery, needles, anesthesia, or recovery time. No other devices or tools are used during an EmSculpt Neo procedure aside from the EmSculpt device itself. Patients who are naturally slimmer can benefit from EmSculpt Neo as the procedure helps build muscles by an average of 25 percent.

Who Should Use EmSculpt Neo?

EmSculpt Neo is an ideal solution for those who have tried dieting and exercise but still cannot achieve their desired look in certain areas of the body. The procedure can be used on many different body types, including slimmer people to people with a BMI of up to 35. Customers with a higher BMI can use the treatment to reduce BMI as EmSculpt Neo builds muscle and burns fat.

Keep in mind that your weight may not be affected by EmSculpt Neo. People with slimmer physiques can also use EmSculpt Neo to help build lean muscle mass, which helps the body naturally burn more fat by increasing metabolism.

Aside from providing aesthetic benefits, EmSculpt Neo can help with physical ailments such as urinary incontinence and pelvic floor strengthening. It has been shown to help strengthen the muscles in the body responsible for controlling urinary continence. EmSculpt Neo can be used by men and women of any age.

EmSculpt Neo also improves your quality of life by strengthening hard-to-reach muscles, including those responsible for aiding in bladder control. Women who suffer from urinary incontinence or added fat mass and muscle loss after childbirth can benefit from EmSculpt Neo as it helps return your body back to its pre-pregnancy state. Men with added fat mass and muscle loss may benefit from EmSculpt Neo treatments as they age to retain their younger physique.

Our experts are standing by to answer your questions about EmSculpt Neo. We’ll provide you with a detailed guideline of recommended treatments. With zero downtime and no side effects, you have nothing to lose! Contact La Vita today to find out how EmSculpt Neo can restore your quality of life. 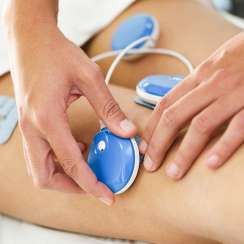 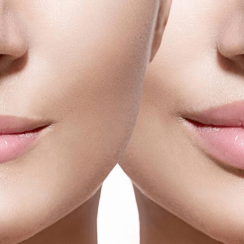 How to increase lip volume without surgery 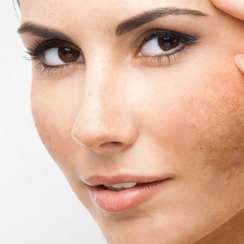 Write us a message